A Coachella Valley man is accused of grabbing women on Orange County running trails in order to sexually assault them. Law enforcement officers believe there may be other victims and are setting up a hotline to gather more information.

The Orange County District Attorneys’ office reports that “since January 2020, at least three women have been snatched off running trails in an Aliso Viejo park and choked unconscious in an attempt to sexually assault the women. One of the women was raped.”

The cases date back to January of 2020. A task force has been working to find the suspect and Monday, the District Attorney’s office announced an arrest.

Investigators say Yucas travels for work as a commercial cargo pilot. Because of his ability to travel, they are concerned there may be “many other victims.”

News Channel 3 interviewed Yucas ahead of the September 11th anniversary. An image from that interview was used in the news conference. “That is the best picture we have of him,” of what he looks like presently, said the District Attorney.

“He did that interview voluntarily and while people were looking for him,” DA Spitzer said.

Stay on top of breaking news and headlines across the Coachella Valley with the new KESQ / CBS Local 2 news app.

You’ll get alerts when news breaks and when we uncover new developments to ongoing stories. 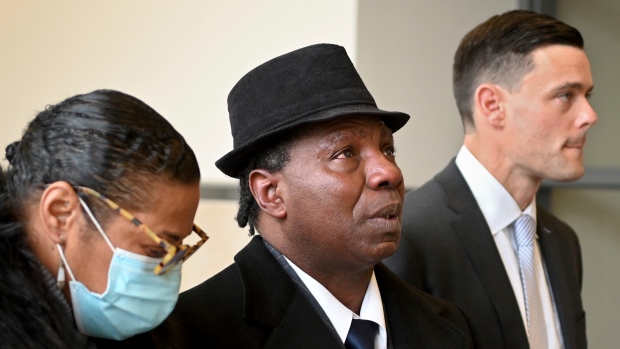 He spent years in jail for the rape of creator Alice Sebold, the topic of her memoir, ‘Fortunate.’ A decide simply exonerated him