MPR News is streaming live coverage of the trial. Some images or material discussed during the trial will be disturbing to many viewers. Watch Wednesday’s court proceedings here.

That turned into a semi-important question Wednesday in the murder and manslaughter trial of Derek Chauvin.

On the stand, Minnesota Bureau of Criminal Apprehension agent James Reyerson agreed at one point with defense attorney Eric Nelson that in a hard-to-hear video of Floyd as he lay handcuffed and pinned to the ground by police, he could be heard saying, “I ate too many drugs.”

Later, however, Reyerson, who’s in charge of the BCA investigation, returned to the stand later to say that after listening to a longer version of that footage, he’d concluded that Floyd said, “I ain’t do no drugs,” not “I ate too many drugs.”

Nelson didn’t argue, and the trial moved on. The moment, though, captured a basic tension in the trial that continues as testimony resumes on Thursday: Attorneys on both sides are presenting the same evidence to jurors with sometimes very different conclusions.

Much of Wednesday’s testimony dug deep into sometimes arcane detail around the maneuvers Chauvin and other officers used to subdue Floyd, the nature of officer training in tense situations and the composition of stains and pills found during the investigation into Floyd’s killing.

A BCA expert testified that several bloodstains in the squad belonged to Floyd and that a pill with Floyd’s DNA was also found there; testing revealed it contained fentanyl and methamphetamine.

Chauvin, who was fired from the force, faces murder and manslaughter charges in Floyd’s May 25 killing while in police custody. Bystander video showed Chauvin with his knee pressed against Floyd’s neck for more than nine minutes as the man lay handcuffed and face down on the pavement, pleading that he couldn’t breathe.

The defense has been building the argument that Floyd died due to underlying medical conditions or drugs in his system, and not due to Chauvin’s knee on his neck or the other two officers also holding him down with their body weight, which is what prosecutors are arguing.

Reyerson, was asked by prosecutor Matthew Frank about when Floyd stopped moving.

“Does it appear that Mr. Chauvin is using his legs to hold Mr. Floyd down?” Frank asked Reyerson, who replied, “Yes, it does.”

While Chauvin restrained Floyd on the ground for about 9 1/2 minutes, Reyerson testified in court that Floyd was not responsive for more than four minutes before paramedics arrived.

Reyerson outlined the extent of the criminal investigation during his testimony, which he said involved interviews with about 200 citizen witnesses, as well as  assistance from about two dozen FBI agents.

‘At that point, it’s just pain’

Wednesday began with a prosecution use-of-force expert concluding that Chauvin’s restraint of Floyd constituted an unwarranted use of deadly force.

Jody Stiger noted that Floyd’s subdued position — handcuffed, prone and pinned face down on the street — created the danger of positional asphyxia even without the pressure of Chauvin’s knee on Floyd’s neck. Adding the body weight increased the likelihood of death, he added.

Stiger also said his analysis of video and images of Chauvin’s restraint on Floyd showed Chauvin grasping the fingers of Floyd’s left hand in what appeared to be a “pain compliance” maneuver.

“Pain compliance is a technique that officers use to get a subject to comply with their commands. As they comply, they are rewarded with a reduction in their pain,” Stiger explained.

What if there’s no opportunity for compliance, the prosecution asked. Stiger responded: “Then at that point, it’s just pain.”

During his testimony, the prosecution dissected a few still frames from videos that captured the incident in an attempt to counter the defense’s argument that Chauvin’s knee was on Floyd’s shoulder blade instead of his neck. The defense brought that up Tuesday.

But in the photos presented, Stiger said Chauvin appears to be using his body weight and knee to push down on Floyd’s neck.

Under cross-examination by defense attorney Eric Nelson, Stiger agreed that objective reasonable use of force standards can differ by police departments, although all follow state and federal law. But Nelson couldn’t get Stiger to agree on every point specific to this case, including whether a handcuffed person can still pose a threat.

“And sometimes the use of force is instantaneous?” asked Nelson.

“Sometimes, but not in this case,” Stiger replied.

Nelson presented training material and they agreed that neck restraints are commonly used by law enforcement officers. Nelson also noted that suspects who are rendered unconscious can sometimes come back more aggressive. And he pointed to different video and still images that showed Chauvin’s exact knee placement differs depending on the angle.

Nelson returned to a common theme of his defense — that police use of force is rarely “attractive.”

But when Schleicher had an opportunity to question the expert witness again, Stiger reiterated his main point that Chauvin’s use of force was excessive based on the totality of circumstances.

The expert also said the bystanders filming and calling out their concerns about Floyd’s condition at the scene were not a threat and that officers can only use force based on the actions of the person they’re trying to subdue, not the reaction of the crowd.

The defense has suggested during the trial that the tension between the officers and the bystanders kept the officers from attending to Floyd’s distress.

Stiger said Chauvin’s experience — he was a 19-year veteran of the force with hundreds of hours of training — should have been sufficient to prepare for this distraction.

Who’s who: A look at the key players in the trial.

Need to know: Key questions about the trial, answered.

What we know about the jurors: The 12 jurors and two alternates picked to review the case include a chemist, a youth volunteer, a cardiac nurse and an IT professional.

Chauvin’s lawyer is outnumbered, but has help: No fewer than four attorneys have appeared for the prosecution so far, compared to a single attorney to defend Derek Chauvin.

Legion of Chauvin prosecutors, each with own role: Viewers may be struck by the array of prosecutors taking turns presenting their case. The choice of who does what is no accident.

George Floyd and his legacy

Remembering George Floyd, the man: Before he became a symbol in the fight for racial justice, friends say George Floyd was a “gentle giant” who sought a fresh start.

Making George Floyd Square: Here’s how the site of George Floyd’s killing — 38th Street and Chicago Avenue in Minneapolis — is being reshaped.

Rescuing the plywood — and memorializing a movement: Two Black women are leading the effort to preserve the murals painted on storefront boards in the Twin Cities.

Calls for change: Here’s what some activists tell MPR News about their experiences with race in Minnesota, why they march and what they hope for the future.

Could mask hamper Chauvin’s image with jurors? The face mask that Derek Chauvin has been required to wear during his trial has hidden his reaction to testimony. That includes any sympathy or remorse that legal experts say can make a difference to jurors. (The Associated Press)

Questioning blurs meaning of ‘lawful but awful’: The phrase typically refers to police shootings when the officer is found to have reasonably feared for their life and fired. Legal observers say Derek Chauvin’s defense will have a hard time making that case. (The Associated Press)

Trial breaks ‘blue wall of silence,’ but will it transform policing? “My hope is that it leads to results in terms of transforming the way that policing happened in Minneapolis,” said civil rights attorney and activist Nekima Levy Armstrong. (NPR)

What is excited delirium? Derek Chauvin’s attorney has raised the concept of excited delirium as testimony examines whether reasonable force was used on George Floyd. (The Associated Press)

Is defense blaming acquaintance in Floyd’s death? The defense clearly thinks Morries Hall can help them raise doubt in the minds of jurors about how George Floyd died. (The Associated Press)

How long did it take medics to reach Floyd? Last week, the defense questioned paramedics in their efforts to resuscitate George Floyd, and seemed to suggest a drawn-out response, potentially setting up an argument that if medical help had arrived sooner, Floyd could have been saved. (The Associated Press)

Racism is making us sick. How can equity in medicine help us heal? Two doctors and a medical researcher talk about how racism affects their patients’ health — and how racism in medicine leads to inadequate medical education and poor care. (Sahan Journal)

NPR’s live blog: The latest from the murder trial of Derek Chauvin.

Questions about the Chauvin trial? Ask us

You make MPR News possible. Individual donations are behind the clarity in coverage from our reporters across the state, stories that connect us, and conversations that provide perspectives. Help ensure MPR remains a resource that brings Minnesotans together.

Donate today. A gift of $17 makes a difference. 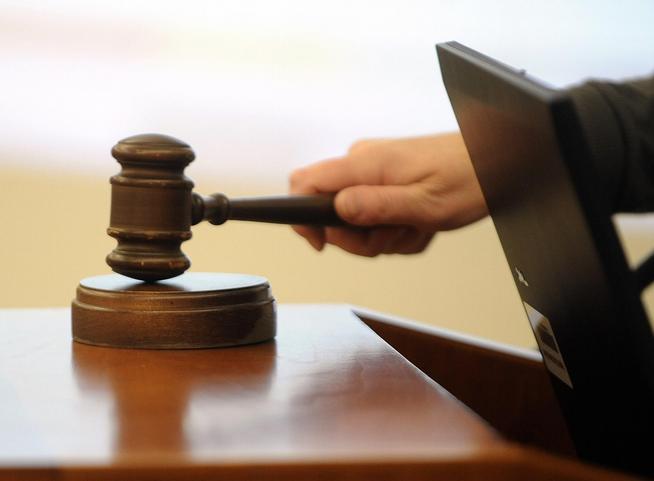 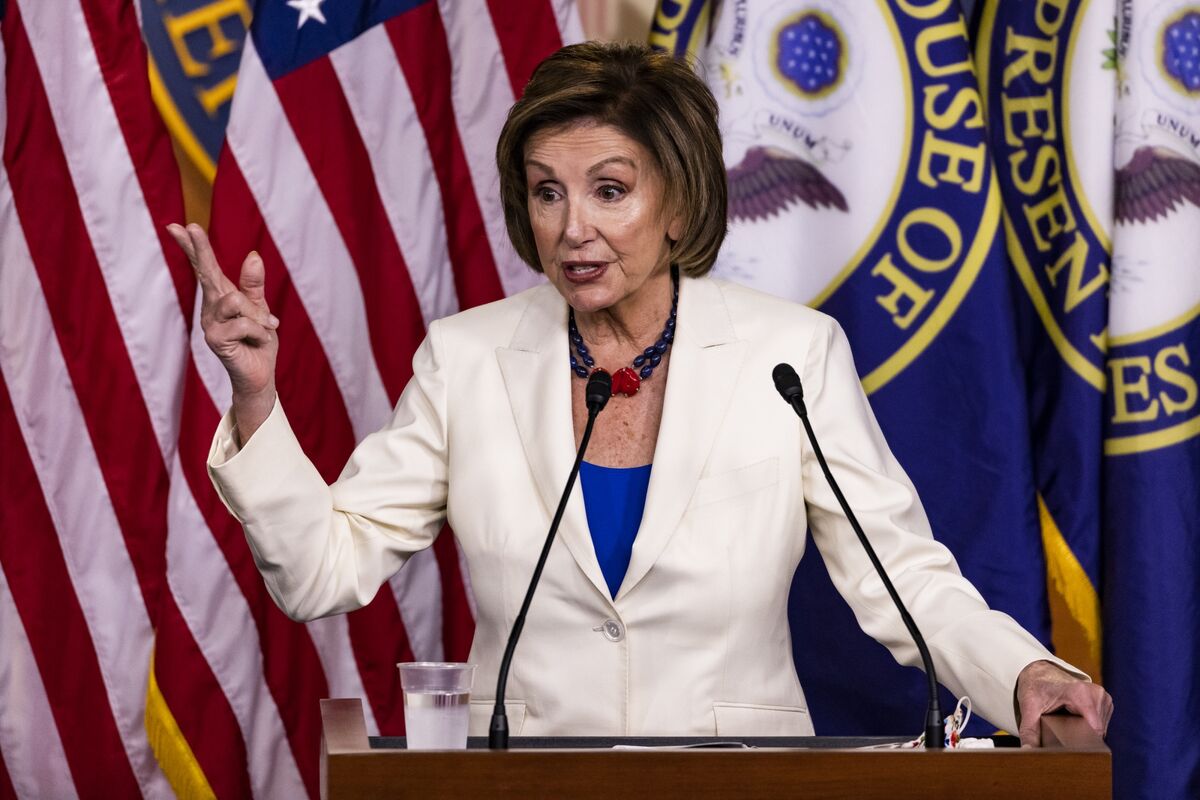