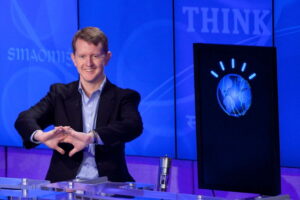 I’ve not been keeping up with The Chase, the ABC primetime game show that offers Jeopardy’s Trinity of Ken Jennings, Brad Rutter, and James Holzhauer to beat random folks senseless at trivia. Which is too bad, because a few weeks ago they asked a question that harkened back to one of the greatest days in the history of this website.

The day that George Mason University School of Law took its reputation as the Island of Misfit FedSoc Profs and double down as a law school dedicated publicly to the right-wing argle-bargle that was Antonin Scalia’s legacy. They just miffed that name change a bit. 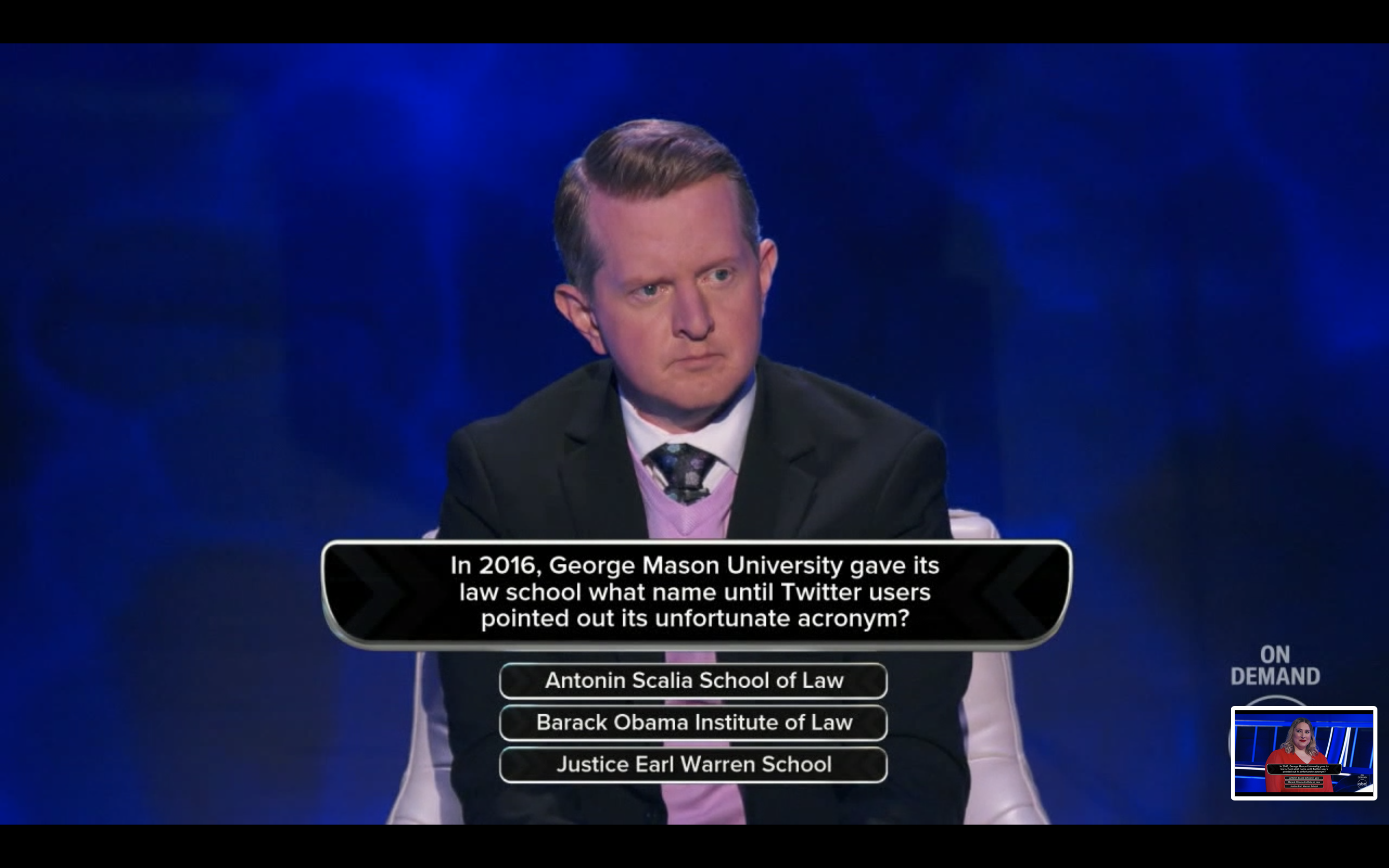 The year was 2016, and it was March 31. With April Fools’ Day around the corner, everyone in the office was a little skeptical to see an announcement that George Mason University would rename its law school the “Antonin Scalia School of Law.” Within moments of hearing the news, we were already tamping down speculation, claiming that this had to be a joke:

But it wasn’t! In fact, what had happened was the school had apparently tried to give the Wall Street Journal an exclusive on the announcement but gotten scooped by Nina Totenberg, causing the administration to go into a crisis mode that they dealt with by refusing to comment on inquiries for hours, only fueling more speculation that this had to be a gag.

I was attending a conference out of the office that day so I was furiously corresponding with the other editors over chat as the news broke. “How can we confirm this?” “Are these sources just playing along with the elaborate gag?” “Did they really con Nina Totenberg?” While we waited for answers to these questions, it took a while to even notice the acronym in front of us. “I remember that initially I was going to write about how it was kind of disrespectful *to Scalia* to name a law school after him whose students Scalia himself would never hire,” Elie Mystal told me today.

I’d estimate it took about 10-15 minutes of shock over the mere fact that a public university would name a school after a naked partisan before someone tried typing out the acronym. I don’t remember who did it first, but as soon as it came up, we doubled down on our faith that this was an elaborate prank.

Right up until it wasn’t. We weren’t exactly sure which nickname would stick that day. I always preferred this version because I thought it said a little something more about how history should remember the honoree.

George Mason Law is changing its name to “ASS of Law” and it’s incredible. #lawschool

But brevity will always win out. About two hours earlier, Twitter user @ChancellorDaws coined #ASSLaw and Tweeted multiple times to give it momentum. Five other accounts — all with fewer than a couple hundred followers — mentioned it in the interim before Elie decided to make #ASSLaw canon in a post published about an hour after we received real confirmation:

And the rout was on.

So to some extent, “Twitter users” is a correct definition of who blew up George Mason’s nonsense to the extent that the intrepid Chancellor was the first to put it out into the Twitter ether and the fact that Above the Law does have its own Twitter account. But in another, far more accurate way, the question should read “until Above the Law pointed out its unfortunate acronym” since that’s the moment that hundreds upon hundreds of instances of the hashtag started.

Though this oversight is not entirely the fault of The Chase, because the history was intentionally obscured by the ASSLaw administration, who tried to rebrand the school as “Antonin Scalia Law School” a few days later, citing a vague “acronym controversy on social media.” And, weirdly, other media outlets that took up the story kept repeating the idea that this was an organic, grassroots phenomenon instead of something directly stoked by the established snarkmongers of the legal industry:

Take this story on the WSJ Law Blog: the Wall Street Journal would have never referenced ASSLaw, even obliquely as they do here, but for the fact that George Mason’s struggle against it is now, itself, a “story.” And they link out (not to Above the Law’s story, which they should have, instead of being dicks about it) to a full discussion of ASSoL.

Alas, it’s just worth it to have played a role in getting the ball rolling on this. Whether one credits the ChancellorDaws account for coming up with the tag first, Above the Law for blasting it to the masses, or the thousands of you all who’ve taken that ball and run it down GMU’s throat, it’s been a wonderful journey to watch a cultural phenomenon — even one in this crazy little niche called law — become so entrenched that game shows ask the greatest TV trivia master of all time a question about it five years later. 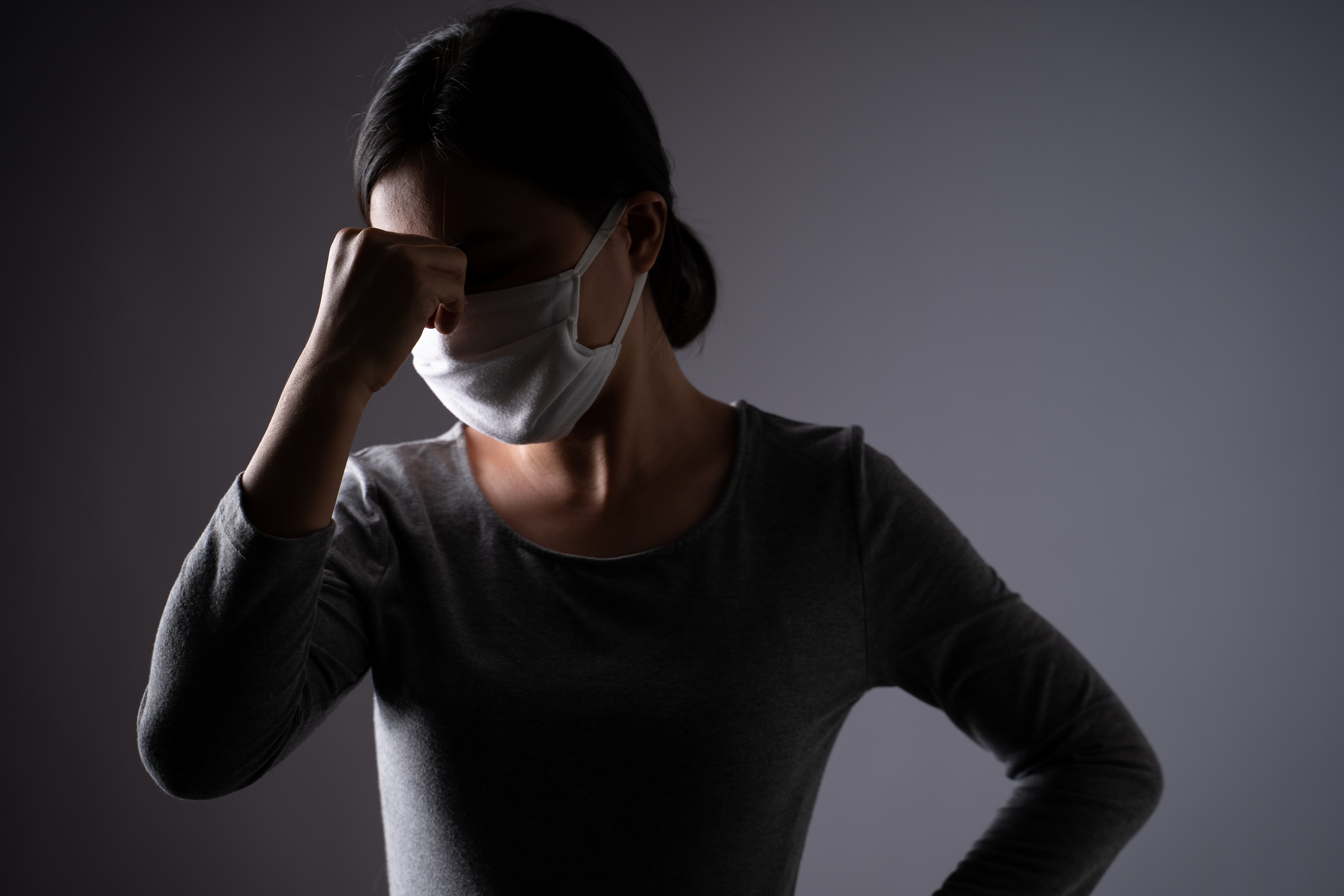 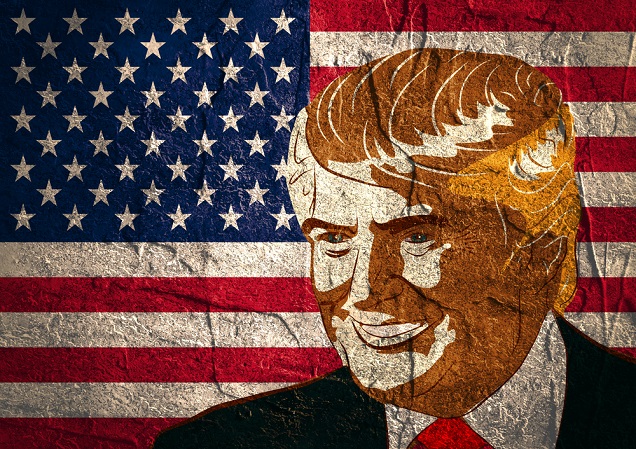 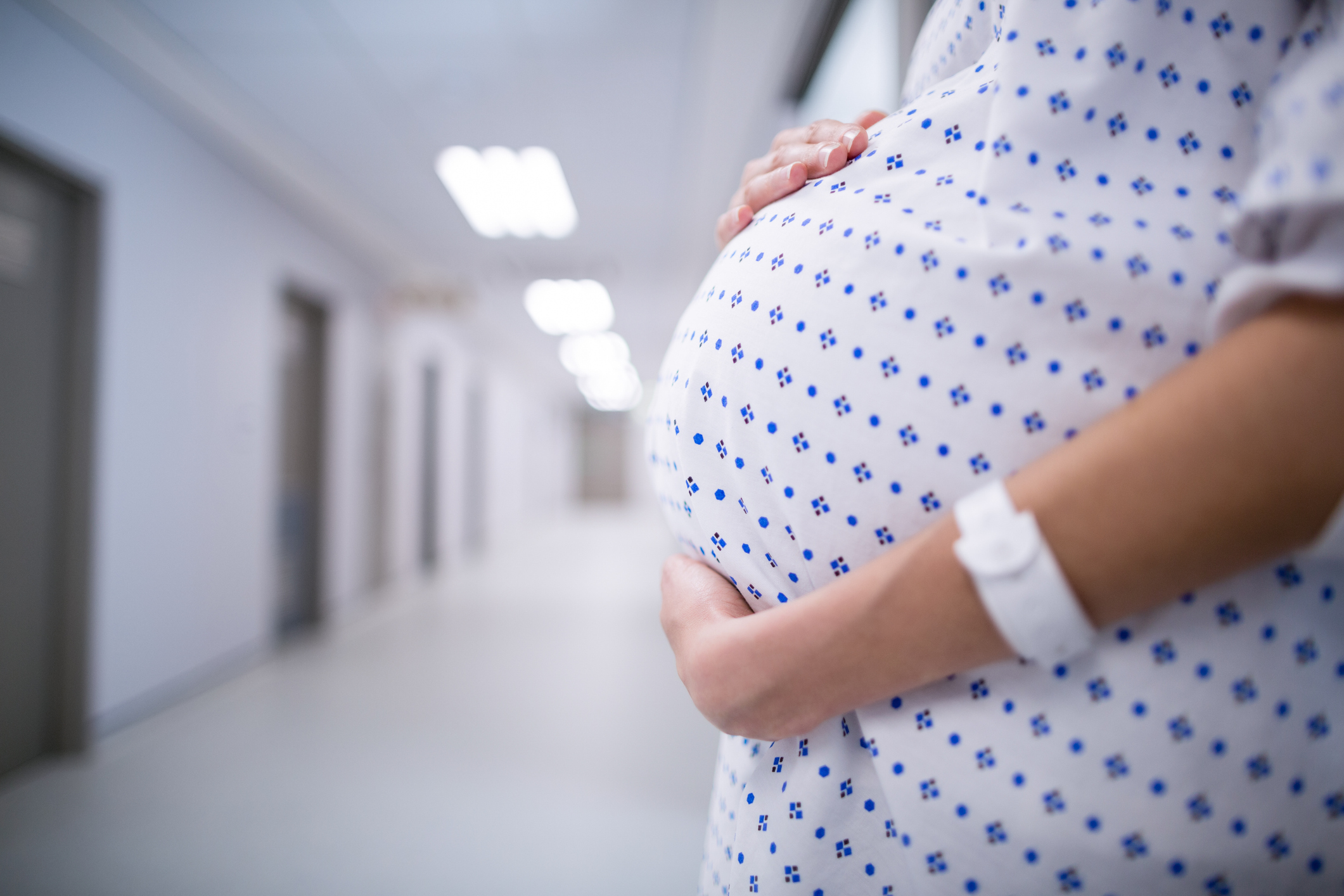 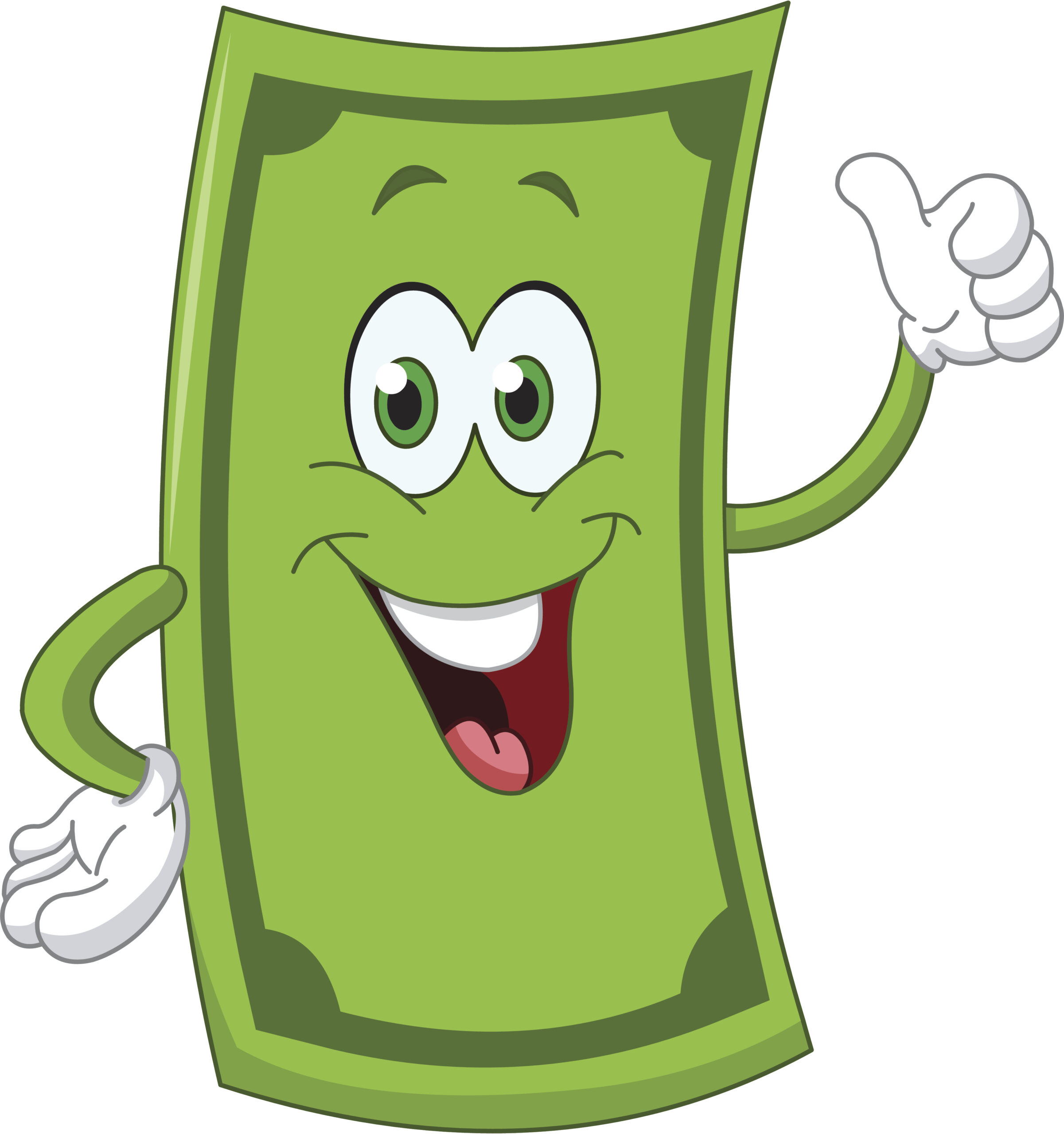