Speaking from her beautifully modern and bright kitchen, it quickly becomes apparent there are many sides to Marti Burgess.

A born and bred Bristolian, Ms Burgess is a lawyer and a nightclub owner, as well as being involved in several prominent organisations in the city such as the Black South West Network.

The mum-of-two is also a former chair of the St Pauls Carnival and was involved in the renaming of the Colston Hall, now known as Bristol Beacon.

Confident and articulate, her passion shines through whatever we talk about – whether it is law or Bristol in general.

Ms Burgess said she would describe herself as someone who likes challenges and seeks new experiences while being inquisitive and brave.

She said that, as a black woman, you feel a lot of responsibility when in the public eye and it can end up feeling like a burden a lot of the time.

“I am quite a fun and frivolous person – we have a lot of kitchen parties,” she said. “But everyone thinks I am very serious while I am not serious at all.

“They think you are serious because of all the responsibilities.

“I was brought up being told that, being black, you have to try twice as hard – I must have been told this at least a thousand times by the older generation.

“I do feel when you are a person of colour it is harder for you but I really stop myself from saying this to my kids.

“I do not want to push that on them because I just want them to enjoy life and make mistakes, but you have to be honest with them at the same time.”

Ms Burgess said she has talked to her daughters about how, if they are in a group and they are the only person of colour, they are in a vulnerable position if the police turn up, adding the UK is a country where people of colour are not treated fairly by the police.

Get the biggest stories from across Bristol straight to your inbox

Working in corporate law, she satisfies the side of her that is interested in human rights through her voluntary work and by being involved in several bodies.

The lawyer is the chair of Black South West Network, a non-profit organisation which aims to eradicate racial inequality.

The organisation helps to run lots of projects, she continued, from supporting black female entrepreneurs to supporting businesses in the adult social care field to increase the amount of social care providers run by black people.

They are involved in projects to decolonise the curriculum and cultural spaces as well, and have also done a lot of work around the impact of the pandemic on the black community, particularly black-owned businesses.

Black South West Network also does a lot of research in order to influence policy, and they have recently taken on the Coach House on Upper York Street with the plan to turn it into an enterprise and cultural centre, with part of the downstairs having already been refurbished and accommodating up to 20 businesses for now.

‘Inequality is something that really makes me angry’

She continued: “I am born and bred here, Bristol is a very wealthy city on the face of it but it has pockets of deprivation which has resulted on the black community being held back.

“Inequality is something that really makes me angry.

“In a city like Bristol, there is talk about how great it is all the time but there are lots of people who are left behind and it is not just the black community – it is a stain on the city.

“It [inequality] really upsets me, especially when you think we are wealthy enough as a society to do something about it – society should be fairer.”

Ms Burgess was appointed the first black member of Bristol’s Society of Merchant Venturers last year and she is also on the board of 91 Ways, which works to connect communities and break down barriers through food.

The mum-of-two said she really loves food, which she described as a sociable thing that everyone likes, and also enjoys learning about different cultures.

She was also the chair of the St Pauls Carnival between 2017 and 2020, with food entrepreneur Levi Roots named new chair earlier this year.

“All my grey hair is from those couple of years,” Ms Burgess joked. “For me, St Pauls Carnival is quintessential Bristol – it is the best of the city.

“It is a carnival for everybody and I prefer it to Christmas, but not when I was chair.

“It is just such a nice day with good music and nice food and with everyone enjoying themselves.”

Describing Bristol as a good-looking city, Ms Burgess said Bristol has lots of nice places such as the harbourside.

She is also a fan of the hills and the views that come with them, but it is mainly the people that she likes.

“I like the fact people are not scared to protest,” continued Ms Burgess, before changing the subject to the toppling of the Edward Colston statue in June last year.

“I think if Bristol had been clever they could have contextualised the statue in situ.

“When I saw it had come down, we had a glass of champagne – I was quite pleased.

“I feel like that is what it deserved and I can watch that clip [of the statue being toppled] time and time again.

“It says a lot about you as a city if you have something like that in the centre of town – it is just weird.

“I used to walk past it and it would irritate me.”

Ms Burgess said she was born five minutes away from where she lives now, in Montpelier.

Both her parents were born in Jamaica and came to Bristol at a young age, with her family having been in the city since the 1950s.

She added she has lived in Bristol all her life except for the time she was at university, adding she would not want to live anywhere else.

Her family moved to Filton when she was five as her dad was working at British Aerospace, moving further into the northern outskirts when she was a teenager.

However, her grandparents lived in Montpelier and her parents always had a pub around the area in the late 1980s, so she would spend a lot of time in the inner-city neighbourhood.

Premises run by her family over the years include The Beaufort on York Road as well as the former Tropic Club and the Love Inn on Stokes Croft, which they still own.

“My mum and dad had a pub in Montpelier and I was going to a secondary school up in Clifton so I walked through here [Cotham] every day,” she said. “I always thought I wanted to live here – I used to like the colour of the houses when I was little and you also have the views.

“I really like this area. I work near Broadmead and it takes me 15 minutes to get into work.

“You feel like you are at the heart of it – I like being in the thick of it.

“I like being close to everything, there are lots of restaurants and places to go for a drink around here.

“I do not use my car hardly at all.

“It is the beating heart of Bristol.”

Ms Burgess said she decided to get involved in her family’s legendary Stokes Croft nightclub Lakota back in 1992 because she was really into the rave scene at the time and felt she knew a lot about it.

The 51-year-old said: “We will have been involved in Lakota for 30 years next year, which is crazy.

“My family are Jamaican and we like music and are sociable – everyone goes out.”

Ms Burgess said her grandmother – who died years ago – used to work at the door at Lakota every weekend until she was in her seventies because she liked doing it.

Her grandmother liked being out, she continued, and enjoyed the atmosphere as well as being around young people enjoying themselves.

Her auntie was responsible for the club’s food offer until she was well into her seventies, Ms Burgess added, and her own mother still goes down regularly to the iconic nightclub for their jungle nights.

However, she said things have changed over the years and they now employ a team of people who manage the day to day running of Lakota.

Commenting on the plans to turn the venue into flats and offices, she said: “We have not made any decision about the development.

“We have planning permission, but we are still looking at our options.”

Talking about law, Ms Burgess said she had wanted to be a lawyer from a very young age and, in fact, she had never wanted to be anything else, adding that growing up she loved the reaction she received from people when she told them about her ambition.

One of the first memories she shares with us is how she loved a TV programme called Crown Court and how she remembers pretending to be sick for another day so she could stay off school and continue watching the show.

Life as a corporate lawyer

Studying a law degree at the City of London Polytechnic, Ms Burgess said she was initially attracted to the profession because of the performance aspect of the courts, the arguing of points of law as well as getting somebody justice.

When she went to university, she went in with the intention of becoming a human rights lawyer and with the ambition to work for some sort of international law firm.

After graduating, Ms Burgess didn’t go straight into law though – coming back to Bristol in 1992 and getting involved with the launch of Lakota.

Thinking she didn’t want to be a nightclub owner for the rest of her life, Ms Burgess then resumed her legal studies in 1998.

“By this point, I had my partner – and now husband,” she said. “I could not think of human rights law, I was pretty settled here in Bristol after spending six years running a business.

“When I was a young university student, I had never thought about being involved in corporate law, but I think it [running Lakota] sparked my interest in business and entrepreneurship.

Being a corporate lawyer, the majority of her work these days is around buying and selling companies, together with helping start-ups.

Rather than big corporate, most of her work is with owner-managed businesses.

“I like start-ups because they are quite exciting to be around,” she continued. “I was just talking to someone who will be starting an electric car subscription business and I was giving them some pointers.

Describing herself as nosy repeatedly throughout the interview, the partner at Bevan Brittan – a UK Top-100 commercial law firm with offices in Bristol- said she likes learning about other people’s businesses and find out how they make them work.

Ms Burgess said how, as a black woman, she finds people often underestimate her ambitions, adding she went into law later in life “with a mission” and didn’t have the initial challenge of finding a job – applying for three firms and receiving two offers.

Doing corporate law, their work pretty much ground to a halt the years after the 2008 crash and she ended up taking a year out in 2011 to get involved in the Bristol Mayoral Referendum campaign, being vice-chair.

Want our best stories with fewer ads and alerts when the biggest news stories drop? Download our app on iPhone or Android 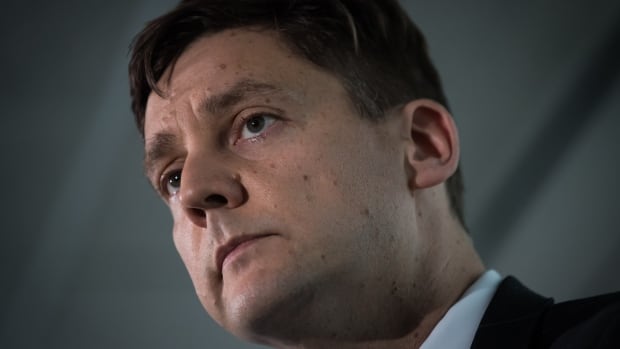 Lawyer in dock after embezzling £12,500 from shoppers to maintain agency afloat